Once a crminial, always a criminal 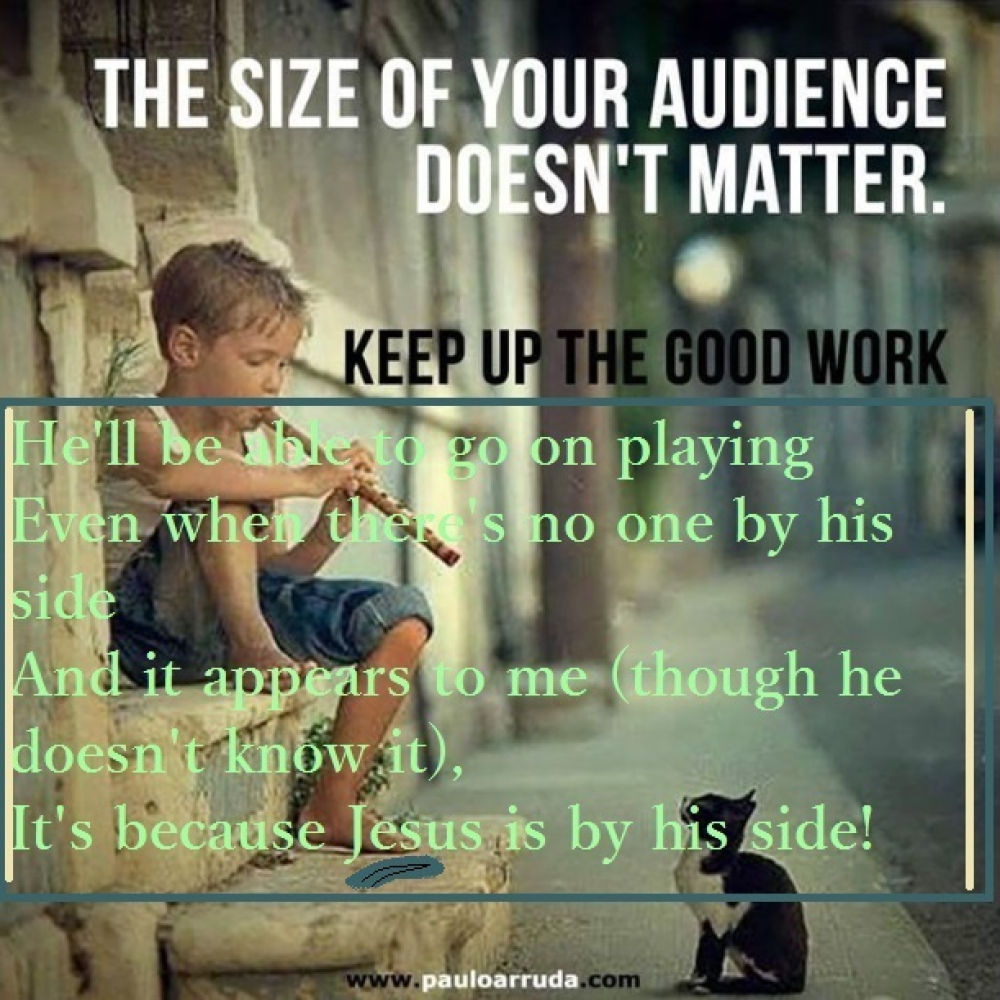 Once a crminial, always a criminal

Did you notice the anti-black bias highlighted in Burn Zones?

Nearly two-and-a-half centuries after independence, it hasn't gone. US Govt and law-enforcement agencies still view African Americans this way. "... whites may commit crimes, but African Americans are criminals ..." is a quote from the book (Chap 4, p.216 in my EPUB reader) that highlights racial bias.

This bias is reprehensible in my opinion, particularly for a country that prides itself as the world's "greatest" (country), professing the least racism, highest freedom, and so on. Why this strong, but illogical bias? Are African Americans born any different from people of other races? Does it run in their blood to spontaneously turn into criminals when they grow up? As best as I know, no one is a "born criminal", anywhere in the world, and no one ever willfully chooses to be a criminal either! Circumstances force individuals into crime and it is up to each person to choose or reject it. Offered a chance, most criminals want to quit crime for good and live clean. The Woodland Meadows project in Burn Zones proves it too. Due to this bias, many "clean and upright" African Americans are denied the opportunity to prove themselves as honest, law-abiding citizens of the country. In addition, blacks sometimes suffer punishment for crimes they haven't committed. They are suspected first and harassed.

No, this won't do for the world's greatest country! People in Govt and law-enforcement must sit up and take note!! Past prejudice must be dropped and each individual must be given an unbiased chance to prove his/her character, regardless of his/her race or the past associated with it. I agree wholeheartedly. Too often people are continually prejudiced against in America today, and it is truly depressing that a country that prides itself on freedom and equality is so often unequal. Something must be done in order to address this issue, and I think a transition within the government system would be a start.
"Happiness can be found, even in the darkest of times, if one only remembers to turn on the light."- J.K. Rowling. Mmmmh, it's ridiculous that a country positions herself with pride still has traces of anti-black business. Maybe this will continue as long as the earth exists.
Latest Review: Guardian of Deceit by William H. Coles
Top Sad, yeah, but true.
You'd think in this time, the present day, with all these books around to learn from, people know better, but they don't.
We still have hate crimes, discrimination, racism, sexism, ....
and it's all just sad.
But people like Newbery make the world a better place, don't you think? Even if it's just a little bit, by believing in people, by not judging them, by giving them a chance....
“Never trust anyone who has not brought a book with them.”
― Lemony Snicket
Latest Review: Passionate Oversights by Charles W. Massie
Top

Schools need to have an honest discussion in the classroom to get past this issue. Sure we have the Black History month to celebrate historical figures and we learn about what went on then, but people often see that as distant. We don't think about it until somebody on the spectrum gets wronged. There are stories where big businesses are afraid to fire a minority person because of a lawsuit, even if the employee in question is a truck driver that shops on the job. But then there are the more popular stories. Sometimes the discussion is around things that meaningless to some like actors to play a certain role. In the world of constant remakes, this gets a lot of discussion on the internet when everyone talking is an adult that seems to have forgotten how to listen and civilly debate points. Give and take in information for a unified conclusion. But instead, these issues get categorized into the unspeakable topics like religion and politics that can "ruin friendships if simply brought up."
“History doesn’t repeat itself, but it does rhyme” - Mark Twain. Dare we say the same thing about every story that gets told in the world?
Latest Review: Defining Moments of a Free Man from a Black Stream by Dr Frank L Douglas
Top

Yes. I very much agree with you. I'm an Indian resident and we have a different version of racism here. But on the basis of all the American literature that I have read and the TV shows and the movies that I watch, I can see what you are trying to convey. That is the reason the Woodlan Meadows Chapter of Jorgie's life is my favorite in the entire book. It was inspirational and hopefully nudged a lot of people who read it in the right direction.
Latest Review: Killing Abel by Michael Tieman
Top

The book was based on events that happened some time ago, so I hope and assume that things have improved now.

He married a black African woman and that was becoming acceptable in his time and I think now marriages to people of different cultures and colors are very normal.

Perhaps there are always people who have their prejudices.

In the case of my sister who married a black South African, there was no problem from our family or any of the so-called 'white people, ' yet his family and people from the black community thought that she should not be married to a black man, so racism can work both ways at times

But with time and with mixing becoming more normal I think it is improving...we

I agree. Newbery has done a wonderful job in pointing at the racial segregation. It is a shame that it still exists.
Latest Review: Cynthia and Dan by Dorothy May Mercer
Top I think that a person turns into a criminal depending on the circumstances unless mentally disturbed. It has nothing to do with race.
Latest Review: Something Worth Reading for Inspiration by Haripada Dhar
Top

Yes I agree that in.the time of writing there was a lot of anti black.ideas around, but I guess not only anti black since he was half argentinian and that seemed to.get it as well

Perhaps if people realised this.many of the crimes, ghettos and rebels could be dealt with in better more human ways I think
Reading gives us somewhere to go when we have to stay where we are
Latest Review: The Secrets To Living A Fantastic Life... by Dr. Allen Lycka & Harriet Tinka
Top

I agree but I think that any group of people in society who are marginalised may turn against the society.

So if we try to understand people and how they may be a bad position perhaps we could improve crimes and peoplez lives as Jorge had tried to do
Reading gives us somewhere to go when we have to stay where we are
Latest Review: The Secrets To Living A Fantastic Life... by Dr. Allen Lycka & Harriet Tinka
Top

I'm from the Caribbean, and many persons see the USA as a county with high ideals, the land of opportunity, of freedom, the American dream and all that jazz. So it's very disheartening to see incidents of racism. I remember some time in 2019 or 2018, there were a lot of police shootings of young African American males, and there were many protests and stuff. It pained me every time to see those headlines.

Unfortunately, discrimination exists in some form wherever you may go, so I'm glad that Newbery didn't try to hide or sugar-coat anything. He said it for what it was, and based on what he observed and experienced. I appreciated that honesty.
Words are, in my not-so-humble opinion, our most inexhaustible source of magic - J.K. Rowling
Latest Review: Justice by Scott Hughes
Top VSuraj wrote: ↑
16 May 2020, 17:51
I'm from the Caribbean, and many persons see the USA as a county with high ideals, the land of opportunity, of freedom, the American dream and all that jazz. So it's very disheartening to see incidents of racism. I remember some time in 2019 or 2018, there were a lot of police shootings of young African American males, and there were many protests and stuff. It pained me every time to see those headlines.

Unfortunately, discrimination exists in some form wherever you may go, so I'm glad that Newbery didn't try to hide or sugar-coat anything. He said it for what it was, and based on what he observed and experienced. I appreciated that honesty.

Aye! I'm also from the Caribbean, and I would be one of the persons who do not see America in that light. Especially with the recent civil unrest, it is obvious that the nation is deeply divided. To be frank, it always has been and I would love to see it move forward, though a lot of Americans either try to ignore/discredit the inequality completely or focus on issues that aren't as pressing.
Do you ever feel like you spend too much time reading? Yeah. Me neither. With time and proper education, I believe bias will disappear. I was taught from day one that everyone is equal, no matter how different they are from you. Much to my surprise, many people either forget or don't care about this in present day. Definitely recommend as many books as you can to share the knowledge. You can't change others, but you can be a positive role model for those who need help.
Latest Review: The Bell Maker by Chris Bowen
Top

Ignorance is the greatest danger humanity faces. When that ignorance colours how you view other people, worse yet if you're in a position of power to feel comfortable in your prejudice and discriminate against minority groups, you can slap any label on them and it will stick, even with evidence to the contrary.
Latest Review: Of Zots and Xoodles by Zarqnon the Embarrassed
Top
Post Reply
20 posts