This forum features interviews with authors. 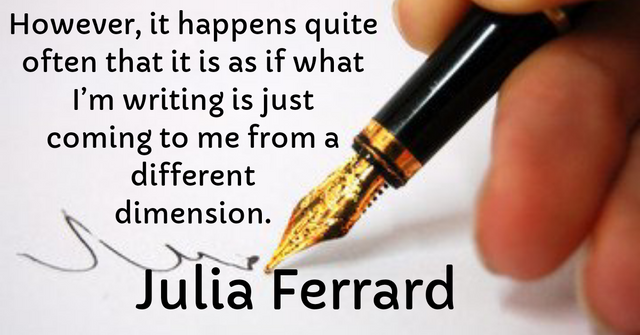 1. Tell us about your first writing experience.

I can relate the concept of “writing experience” to various stages of my life so far:

as a child, I wrote my first “official” poem about… (I kid you not!) a tomato.

During my teenage years, I wrote a couple of love-sick poems like most teenage girls did in those pre-high-technology years; in describing Heidi’s infatuation for Jonas, I remembered those poems and quote a line here and there.

During the years I was studying Medicine, I read a lot but never wrote anything other than scientific stuff; but there was only one exception:

In 1996-97, my mother, who was in a different country for work-related reasons, rang me all of a sudden one fine evening. She confessed she had forgotten to tell me my sister was a participant in some sort of national competition, and that she had wanted me to write a short story for her; the short story was due in the following morning. I still remember how stressed I got; but not because I had so little time to give my sister a hand. It was because I had to e-mail the story, and I am “technologically impaired”. It took me more time to figure out how to use e-mail on my very first pc than it did to write the short story. (My sister came in second in the competition).

My first professional writing experience dates back to 2004-2005. I am “odd” in that while I was training and then working, I was (and still am) attending various courses during my free time. Following the presentation of a thesis I wrote for a Master’s degree, I got struck by lightning in that I said to myself: “This is so interesting, but too scientific; yet the general public should know about it.” I couldn’t believe it when the first editor I contacted accepted the book for publication. More books followed; to my great satisfaction, the general public seems to like my work.

On a night dating back to January 2013, my husband and I were sitting on the couch; I was drinking a glass of good-quality red wine. Yours truly said to him: “Maybe I should write a non-medical book after all… what should I write it about?" My husband inspired me and I shot up from the couch like a missile and started writing Jonas; (no, I didn’t spill the red wine… not after what I’d paid for it!). It took me six years to write Jonas as I have my medical work, which obviously includes the books written under my “real” name.

I have been writing nearly every day since 2004. I usually write in the late afternoon and in the evening. When it comes to writing, I am more productive in the evening. I don’t have a schedule as such in that the number of hours I spend writing varies from half an hour to 3 hours. Since 2013, on some nights I only work on my medical books, on others on Jonas and on some on both.

3. Do you believe in writer's block?

More than writer’s block, I believe in an oscillating writer’s creative flow attributable to different states of “consciousness”; (I wouldn’t know how else to define it). I’ve never been hit by writer’s block as such; I always come up with something (or some thing as Julia would write). However, it happens quite often that it is as if what I’m writing is just coming to me from a different dimension. As a scientist I view this in terms of the capacity of the human brain. There is still so much we don’t know about it; it is claimed that Albert Einstein only used 10% of his brain, and let’s not talk about the remote viewing, the technique employed in certain investigations by both the US and Russian governments.

4. Let's talk about your book Jonas. First, let's discuss the elephant in the room. Why did the book only get 2 out of 4 stars?

I’m very happy you used that metaphor Sarah. It’s not the elephant’s fault it’s creating havoc in the room; it’s doing its elephantine business. Rather, the person who put the elephant in the room should get the blame. It was due to bad editing; other than that I am very pleased with the review, seeing it’s my first thriller. The editor who published Jonas is a different editor to the one who publishes my other books. I’m used to any sort of typing errors being corrected before the book goes into print. Rosemary Wright did a fantastic job; she found 10 errors which she very kindly pointed out in an e-mail. I would like to thank her; Onlinebookclub has high standards, so even if it is an average of 1 error every 30 pages, it shouldn’t be there. However, as I’m a firm believer that criticism can be constructive, from now on I am going to check every single paragraph I write with the aid of a spell checker.

5. The book is a mystery/crime/thriller that takes place in a fairground. That's a pretty awesome setting. Why a fairground?

6. The reviewer mentions the book has many funny dialogues. Why did you include humor in a more serious novel?

I have a great sense of humour; when I was younger, my friends used to bring me to funny films just to hear me laugh, and when I was in school, the girls would do stupid things in class because it was a fact that I’d burst out laughing and get into trouble. That is not the real reason however. I reckoned humour mixed with the bizarre would yield an interesting blend for the reader.

7. The book contains many complex and odd characters. Are they based on people you know?

Thankfully not; it is a work of fantasy mixed with knowledge of psychiatry. I am sure that if I met any of the characters in Jonas I’d surely discover a hidden talent and beat Olympic sprinters!

8. What would you say to any potential reader of Jonas?

In accordance with Rosemary’s review, I would say:

DO NOT read Jonas IF:

You are highly allergic to typos, the 10 errors might cause an allergic reaction which could be dangerous.

DO read Jonas IF you like: mystery, humour, gory details and insolence. Though the plot is straightforward, the challenge is in the how the crimes were committed… or could there really be a ghost?

Below is a link to a translation into English of a review written by an Italian journalist:

Below is the original link:

If you have decided to read Jonas, I sincerely hope you enjoy it; and if you think you might like “Psychopathic Thoughts of the Day” with professionally-compiled thought-evoking photos/images twice a week, please link Julia Ferrard’s Facebook and/or Instagram profile; (created in December 2019 and February 2020 respectively).

9. Do you have another book in the works? What's on your agenda next?

The fourth edition of one of my books is due in May 2020; then I may start writing another book about medical stuff. As far as Jonas is concerned, I have already started writing the sequel; BUT in a completely different setting and with new characters.

I like to end on some fun questions.
10. Do you have a favorite movie?

Two come to mind: “Four Weddings and a Funeral” with Hugh Grant.

“Sixth Sense” with Bruce Willis. Though it didn’t inspire Jonas, I relate to it directly: the clue is there all along, you just don’t see it.

I know wuff-meow people do exist, but I’m an acclaimed wuff person. I’ve had two doggies so far. The first was a cute Yorkshire terrier with floppy ears who devoured or destroyed any small object, including jewellery. The second doggie was a mongrel, a hybrid which reminded one of an English setter. He was adorable, were it not for the fact that he committed a horrific crime; it sounds like a scene from Jonas, but it’s not. Years ago, around 11.30pm (I was reading a book), I heard desperate screams outside. I stuck my head out the window, only to find one of my neighbours, a woman with an alcohol problem, yelling at me. My dog had killed her kitten. As it turned out, both dog and kitten were spotted in the local car park; obviously both were where they shouldn’t have been without their owners or on a lead. I felt bad for the kitten, so I gave the lady some money for another kitten. The lady was then seen in a complete state of inebriation crying her heart out that her kitten had been murdered. She had spent all the money I had given her on alcohol, so another kitten never appeared.

12. Since you use quotes from the Bible in the book, what's your favorite Bible verse?

Here I must confess! I’ve never studied the Bible; I looked for quotes in order to make it seem that the Bible is somehow connected to Jonas. Off the top of my head, I would say the verse which goes along the lines of “Ask and you shall receive….”, but I don't know where it is written in the Bible.

One last item from Ms. Ferrard:

In relation to the current pandemic, I have written a short story (3 pages) in an effort to help collect funds, and following it are a few links for donations (WHO etc.). What an appealing interview. I like how positive the author is about reviewers critics and the advice she gives to potential readers of the book Jonas. I'll find time and check the short story in relations to the pandemic. Thanks.
"Regular reading improves your grammar."
Latest Review: Mixed Blessings by J.M. Muse
Top Great interview! I am one who has some trouble with constructive criticism, but I'm learning! We get that kind of feedback on our reviews too. Jonas sounds like a really good book, I will have to check it out. Thanks for sharing the interview!
B. Creech
Latest Review: Push Past Pain by Teressa Baize
Top
Post Reply
3 posts • Page 1 of 1