For October 2015, we will be reading a Supernatural or Horror genre novel in honor of Halloween.
Post Reply
226 posts

For October, we will be reading a Supernatural or Horror genre novel in honor of Halloween. Pick any book you like. Then, think about what you liked and disliked about the book. What elements seem unique to the Horror/Supernatural genre or to the book? Stay tuned for the discussion board in October and the poll for November's genre choice. I like this idea, Kio. Well done for volunteering to do it. If a user can't always read the BOTM, this is something that would allow members more choice over what they read. Fab!

My book will be either 'The Shining' by Stephen King' or 'The Monk' by Matthew Lewis. The latter is considered Gothic, but I'm sure we won't quarrel about that.

By the way, will there be respective months for poetry and drama? I have lots to get through

Oh, and might I also suggest adding the genre to the title of the thread? It can be a much quicker reference for users. Just a thought.
"Reason is intelligence taking exercise. Imagination is intelligence with an erection" -- Victor Hugo.
Top

You won't get any quarrel from me about The Monk

Good choice for either @ryanj1

I also think scary mysteries could work too

For me, I think I'll pick Angels and Demons by Delaine Christine. So far it seems like it fits this genre. It's definitely supernatural.
"Books are unique portable magic."-Stephen King
Latest Review: "A Twist of Fate" by Mark W. Johnson
Top

Nice idea. I will choose one of Stephen King' books.

Not the 'The Shining' though.

I have seen the movie in my childhood and it made me to stay away from the books till recently.

Oooooo great idea! I'm going to start looking! Any Suggestions?
[*]How Fear of the Unknown Hinders the Development of Informed Decisions by Dr. Seuss[*][/color]
Top

lol @gali, can't blame you. I don't know if you mean quite the same thing, but admittedly, I could only watch a little bit of it before I had to stop watching it. it freaked me out a bit to say the least. I love a lot of his other stuff though

@KNewton you might like some of the Pendergast series by Douglas Preson and Lincoln Child (first one is 'Relic"). Has a similar feel to Da Vinci Code and is extremely popular at my work due to its 'hook line and sinker' factor. Most get drawn into the book within a few pages. Description: "Just days before a massive exhibition opens at the popular New York Museum of Natural History, visitors are being savagely murdered in the museum's dark hallways and secret rooms. Autopsies indicate that the killer cannot be human...

But the museum's directors plan to go ahead with a big bash to celebrate the new exhibition, in spite of the murders.

Museum researcher Margo Green must find out who--or what--is doing the killing. But can she do it in time to stop the massacre?"
"Books are unique portable magic."-Stephen King
Latest Review: "A Twist of Fate" by Mark W. Johnson
Top

kio wrote:lol @gali, can't blame you. I don't know if you mean quite the same thing, but admittedly, I could only watch a little bit of it before I had to stop watching it. it freaked me out a bit to say the least. I love a lot of his other stuff though

Yep, that was exactly what I meant.

I have read several of his books and liked them.
Personal pronouns: She/Her

Thanks for the suggestions Kio!
[*]How Fear of the Unknown Hinders the Development of Informed Decisions by Dr. Seuss[*][/color]
Top

KNewton wrote:Thanks for the suggestions Kio!

You can also pick up one of King's books.

So ... will there be months for poetry and drama, then? I'm just curious. I really hope so!

In about a week, I'll put up a request forum to nominate genres and then we can vote. I'm thinking we'll switch it up, so that different genres get a fair shake and I definitely think we'll include those

I'll post this separately as well, but just in case anyone needs a definition (not that we bookworms do

)
Horror is defined as "a genre seeking to elicit a negative emotional reaction from readers by playing on the their primal fears. Inspired by authors like Edgar Allan Poe, Bram Stoker, and Mary Shelley, horror films have, for more than a century, featured scenes that startle the viewer."

Supernatural: ( properly, "supernaturalist fiction" who knew!) is defined as "a literary genre exploiting or requiring as plot devices or themes some contradictions of the commonplace natural world and materialist assumptions about it." As you can guess, there are a lot of crossover genres, particularly suspense and mystery, which is to be expected

This is mostly just to give those who are not big horror readers some ideas on what to read, that's what book discussion is for


KNewton wrote:Thanks for the suggestions Kio! Well, I have to read Peek-a-Boooo! 8-10 times a day, so I will probably just stick with that one until I feel like punching Halloween in the face. 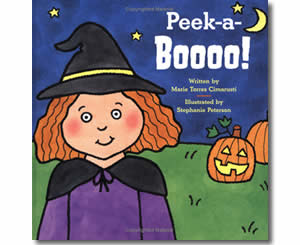 I will both lay me down in peace, and sleep: for Thou, LORD, only makest me dwell in safety. ~ Psalms 4:8
Latest Review: My Personal Desert Storm by Marcus Johnson
Top

Kio, what a great idea! Thanks for volunteering to organize it. I just finished reading a book with supernatural tones, so I will use that one.
"The best way out is always through" - Robert Frost
Latest Review: To Paint A Murder by E. J. Gandolfo
Top

Lol @ALynnPowers that's why I'm not

too many story time reads of peek-a-book by cimarusti is enough for me, but all the power to you

must have been a good one @bookowlie, what's it called?
"Books are unique portable magic."-Stephen King
Latest Review: "A Twist of Fate" by Mark W. Johnson
Top
Post Reply
226 posts